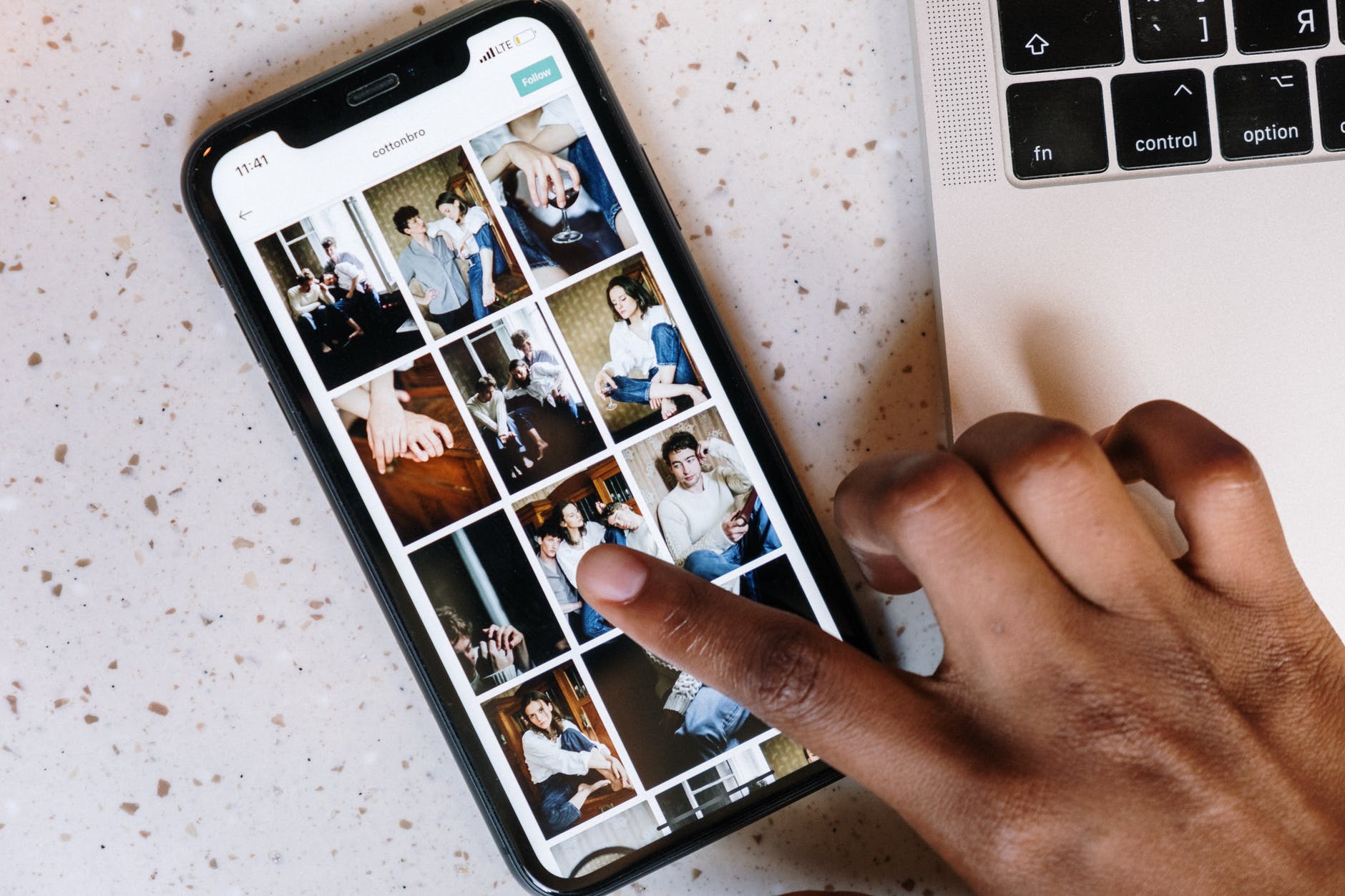 If you are like many others you read about and listened to the Facebook whistleblower with sadness and fear for the safety of today’s children you are not alone. It is however not only children that are at risk but everyone both children and adults. This is the first part of a 2 part blog. Part II will be posted next week to give us all a chance to digest this first part before adding more information

This blog was written to enable us all to understand the problem from its roots so we can all choose to fix it. It takes everyone. Please take this blog very seriously as if your very life and that of all you know depends on it as it very well may. Please share this blog with all you know including decision-makers at local, regional, corporate, national, and global levels. We are all in this together whether we chose to know it or acknowledge it or choose not to know or acknowledge the problem we are all in it together and together we can all make a difference.. Decisions have been made and are being made that put us all at risk.

Everyone both children and adults are being ushered into a  system no one can handle as we all live 24/7 in a self-inflicted excessive artificial bubble of make-belief. Unconsciously, we have lost touch with the reality of what it truly means to be human. Many do not realize this is so but wonder why everything is so chaotic and unreal.

What you are about to read is not easy to accept or fully comprehend and you may need to read the 2 parts several times. It is however the truth that must be understood to get we humans out of our self-inflicted mental prisons. The good news is that it is not all bad or irreversible but we must accept there is a problem before we can get help.

Along the way, while still keeping to this ideal, Facebook and all other social media that came along have morphed into a weapon of mass self-destruction. Instead of being a temporary source of solace, it has become a 24-hour atmosphere for most people where they live their lives in an artificial bubble away from reality. Many people are today unable to deal with the realities of life. Facebook and other social media in conjunction with television and movies keep them in the fantasies of childhood… Please fasten your seatbelts and read on

We all love social media because it keeps us away from the realities of life and prevents us from the need to grow up mentally to meet the challenges of life. Our childhood was the period we had no cares and we were somebody else’s responsibility and were shielded and could indulge in all kinds of fantasies. Television and later the internet told us whatever we wanted we could get at no cost. Everyone loves FREE stuff.

We want to keep ourselves in that stage of non-accountability while enjoying the privileges of adulthood.  What we are all seeing is the fruit of decades of the breakdown in the process that enables people to mature from childhood to adulthood successfully. Now we are all children with no coping mechanisms to handle the realities of life. We only survive mentally when everything is exactly the way we think it should be regardless of how negative or bad or violent or destructive to ourselves and others or how immature or childish our thought is. We are all living in our thoughts and not in reality. The internet experience is not real but it is a progression from television and movie fantasies.

Unfortunately, for us, life and indeed nature is a gigantic computer system coded by our maker for His purpose. Like any other computer such as the one you are using now, it is only the intended purpose by the manufactures that is important . The various software and hardware are limited to what is allowed for them in the code of its existence. Software and hardware have no way of changing things beyond what is coded and the user is limited to that. The computer of nature of which we are just a part and are expected to do our own part has its codes and it is cast in stone. We all need to recognize and accept that if we want to continue to be a part of the system.

It is a self-corrective system. It is currently in a self-corrective mode as designed to get rid of its corrupted malfunctioning parts we choose to call advancement because it makes us feel important as it is incompatible with the code of successful operation of the system.

A coded system is an environment of absolute truth coded into it by the maker of it; Humans are currently trying to impose a system of lies that violates the truth of the code of nature. Like any other self-correcting system, nature is coded to reject and reverse the lies back into the truth. It does not matter what decisions and ideas we all come up with to impose all the darkness upon nature, it will never accept it or be a part of it.

We did not write the code, have access to it, and can never have access to it. We have misused the tiny abilities given to us and shown ourselves not trustworthy. Therefore nothing of value can be entrusted to us. Instead, the artificial system we have built must be dismantled and wiped out. It is the earth operating in self-protection as provided by the code of its system. The earth has wisely rejected all our artificial stuff and is in the process of getting rid of it all as it must. How did we get here?

In the good old days before access to artificial motion and violence through the television, as children grew up they were forced to give up the fantasies of childhood, and the yearly upgrade of resources we call growing up was used by the heart for self-protection by strengthening the mind so it was able to accept that the fantasies of childhood were just that and humans came out of the bubble of childhood to accept the realities of life as they grew up. Parents helped along the way with true discipline.

In cases and societies and groups where parents and the learning apparatus failed to provide an avenue for true discipline people looked for alternative routes. They got into the comfort zone of secret societies that kept them in the bondage of youth by providing a way for them to get rid of uncomfortable truths and failure. It defined enemies based on race in some cases, resulting in violence against people of other races as an outlet. These people were told by their secret societies that this made them stronger and oppression was okay. They were told It was okay to lie and be deceptive and kill steal and destroy. As society began to question these actions and these societies wanted to keep their fold,, along came the idea of the television and movies as avenues to create artificial bubbles of false narratives to continue the escape of racism, greed, lying, false piety and so on that comes from darkness.

Fast forward to the sixties television not only promoted these evils as virtues providing a comfort zone of escape for the evil mind, but it also started targeting kids by providing cartons of aliens coming to earth, of devils becoming humans able to go back and forth from visible to invisible, witchcraft was glorified so that humans could change themselves into devilish angelic beings that though evil by nature somehow did well. This created the impression that good and evil were the same and evil people were just as good as the good ones i.e. evil and good were shown as good. Thus came the deception, that greed, violence, etc. were somehow good.

This is how reality slipped away and people became accepting of evil and violence. People lost the knowledge of the difference between good and evil as they conveniently chose to believe the lie that from evil could come good so it did not matter if people were good or evil i.e. the imagination of the intent of the heart was irrelevant.

Consequently, People were encouraged to follow whatever instinct came to them and not self-correct. Wickedness was celebrated. This led to humans not appreciating they were human computers made for the purpose of our maker and that life was a privilege – a privilege that needed to be cherished. As we saw in movies and television and as society lied, humans felt invincible and not answerable to our maker. The earth at whose pleasure humans are here was counted irrelevant and misused. Humans never came to a realization that they were human computers before man-made computers came in. and could not recognize their relationship with our maker in their relationship with the computer. We failed to realize that humans are not in charge…… To be Contd. in part 2

If you have become troubled by what you have read and what the future holds, do not despair remember we are part of a coded system. Consequently, the way out is coded for individuals, groups, and so on. You can find your own way back from the precipice by acknowledging the problem on a personal basis. Part 2 will be available next week. Make sure you read it. Meanwhile, understand that the problem is twofold – the spiritual angle related to our relationship with our maker, and the second is a physiological deficiency in neurotransmitters and nutrients that is inherent in computer use that diminishes our ability to make the right decisions for our own good.

This website will help with the physiological The various pages will provide you with solutions. The member’s Forum will provide a safe way to receive encouragement. Become a site member. It is only $10  a month with a 1-month free trial. That is an investment in yourself that shows you value yourself. You need to be able to value yourself before you can value others. To make it easy we have provided other ways to membership. You can donate and be rewarded with a 1-year free membership or you can purchase any webinar in our webinar series including the free webinar as a way of beginning to learn more to help yourself. Purchase of any seminar in the series comes with 1-month free membership.

If there is an area of computer use-induced health issues you will like to read a blog about, CONTACT US and we will include it in our list of blog topics.

If you like what you have read and are not already a subscriber, Subscribe below to receive our weekly bogs. You can also support us by donating below Learn more from my books either by Shopping on this website or at amazon.com in print and in eBook format for most eBook readers including Kindle, iPad, Sony, and so on.

Help our organization by donating today! Our cause will empower individuals and the medical profession to…

Help our organization by donating today! All donations go directly to making a difference for our…